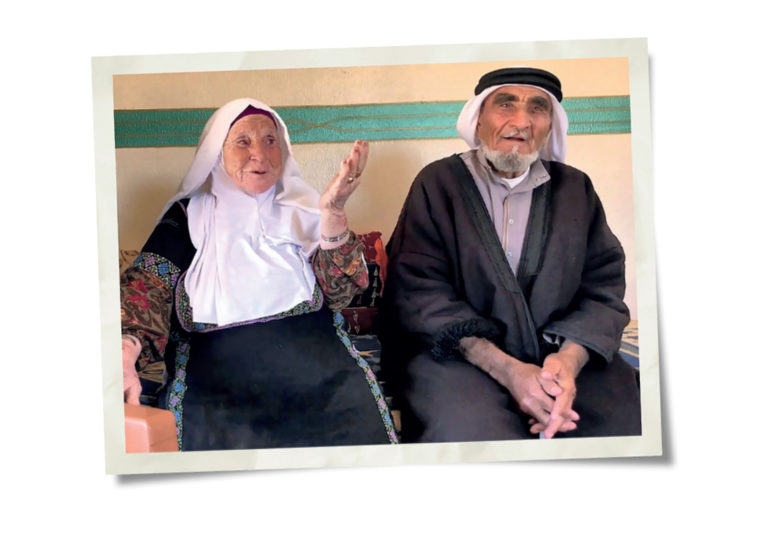 Once upon a time in Palestine

Once upon a time in Palestine.

A race to preserve a people’s oral history.

Some of the most poignant memories of Suheil Dahdal’s childhood are of summer visits to the West Bank village of Taybeh. “I still remember the white stone houses and the three churches and my grandfather waiting for me on the balcony,” says Dahdal, an Australian of Palestinian descent, who is now an assistant professor of mass communication at the American University of Sharjah (AUS).

He remembers sitting on his grandfather’s lap, eating dried figs and listening to stories of life in pre-1948 Palestine.

There were tales of good times, like summer evenings spent at an outdoor cinema on the beach in Jaffa. And there were accounts of hard times, like a major famine that struck the Levant during the late Ottoman era, forcing villagers to scavenge for grain in the manure of horses ridden by passing soldiers.

Realising that memories like these are slipping away, along with the generation of Palestinians who remember life as it was before the creation of the state of Israel, Dahdal launched a project called Kan Yama Kan fi Filistine (Once Upon a Time in Palestine), which aims to capture these stories and introduce them to a new audience in an immersive form.

It is one of a handful of initiatives in the region seeking to preserve oral histories of pre-Nakba Palestine.

In June, the Palestinian Oral History Archive (POHA)—a digitised collection of some 800 interviews with Palestinian refugees in Lebanon—went live. It was the culmination of a years-long collaboration between the American University of Beirut, The Arab Resource Center for Popular Arts (AL-JANA), and the Nakba Archive.

The archive includes interviews covering all aspects of life: “about their schools, about their homes, about family relations,” as well as about conflict and life as a refugee, says Sara Sweidan, who is responsible for maintaining the archive at AUB. “You start constructing these images and building up imaginary images of Palestine pre-Nakba.” Dahdal’s project goes a step further, by turning the stories into a virtual-reality world.

In the project’s second phase, with the assistance of animation students at AUS, Dahdal turned the stories into a virtual-reality documentary.

“The whole purpose of this was to create a reimagined world of pre-1948 Palestine, based on the true stories that are told by the elders, but in an experiential journey,” he says.

The film has been shown at the Memory of the Future Museum in Paris, and Dahdal hopes to show it in the UAE and in Palestine. Eventually, he would like to see it installed as a permanent exhibit at The Palestinian Museum in the West Bank.

Rand Amjad, a 20-year-old media student in Ramallah who was a member of the team conducting the interviews, says her own grandparents have died, so it was a new experience for her to hear many of the old stories. She says the project also drove home to her the urgency of preserving the histories.

“There was one woman who passed away only two weeks after I did the interview, so this is how history is slipping away, and we need to hurry,” she says. —Abby Sewell