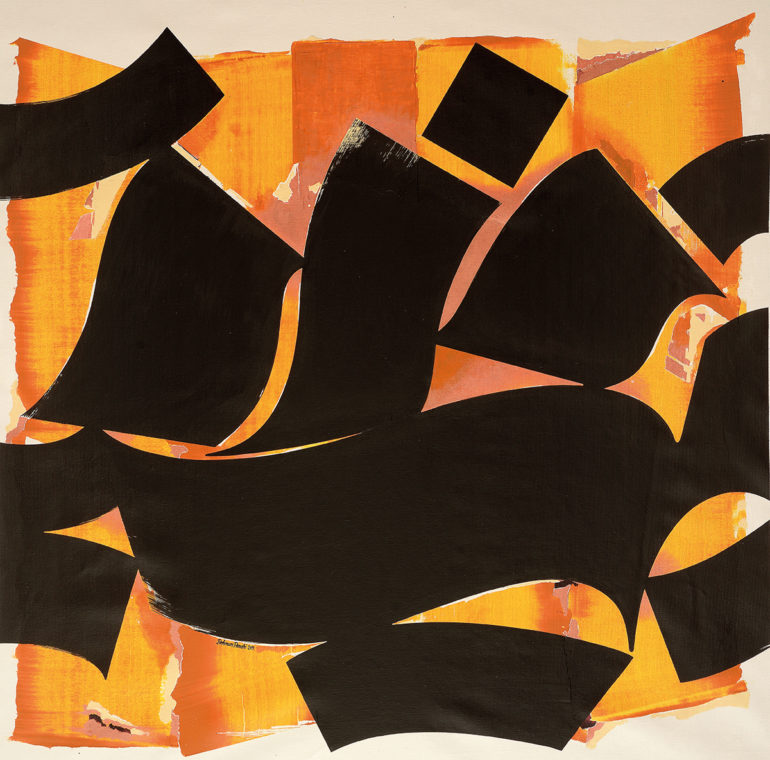 Musicalligraphy: A fusion of arts

Musicalligraphy. A fusion of arts.

According to Bahman Panahi, the 30 paintings comprising his solo exhibition at Sharjah Calligraphy Museum are beyond classification. Described in the exhibition statement as a translation of musical notes as Arabic letters using acrylic paints, Panahi explains his creations as occupying a new territory, equally reliant on the arts of calligraphy and music.

“The paintings are not a translation of notes into letters or vice versa, instead they are a reflection of the artistic concept that I have been working on for the past 15 years. For me, there is no border between sound and form, no border between calligraphy and music or between text and melody. They are joined together in a marriage and that marriage is founded upon love.”

Panahi is a French-Iranian calligrapher who lives and works in Paris. Since childhood he has been immersed in visual and musical arts. As well as holding a master’s certificate from the Institute of Calligraphers in Iran, he is also proficient in playing Iranian classical stringed instruments such as the tar and setar. He cites the relationship between music and calligraphy as dating back far into the traditions of calligraphy where ancient calligraphers sensed their work as visual music. His own practice, he says, is a contemporary development of this that works on the structural and poetic links between the two.

His four-month show Music of Letters displays the lyrical nature of Panahi’s compositions. The large, colourful paintings display the artist’s innate sense of rhythm and harmony, which is visible not only in the visual structure of the works but also in the complementary colour palettes and the movement captured by his almost melodic brushstrokes. When speaking of his inspiration, the artist reveals his spiritual side. “We are all cellular parts of this universe, and it is my intention to create harmonic vibrations in the world. My inspiration can come from one single note, which then reverberates through the painting like a ripple, or through poetry and words, which I interpret from a musical point of view and pay attention to aesthetic and structure.”

Panahi prioritises bringing moments of beauty to his audience. It may be an idealistic opinion but he believes that an artist has a responsibility to create beauty and harmony and such creations can influence feelings of solidarity. “If we contribute beauty then it can help peace and love to spread in the world. I hope my works can touch the hearts of others.”