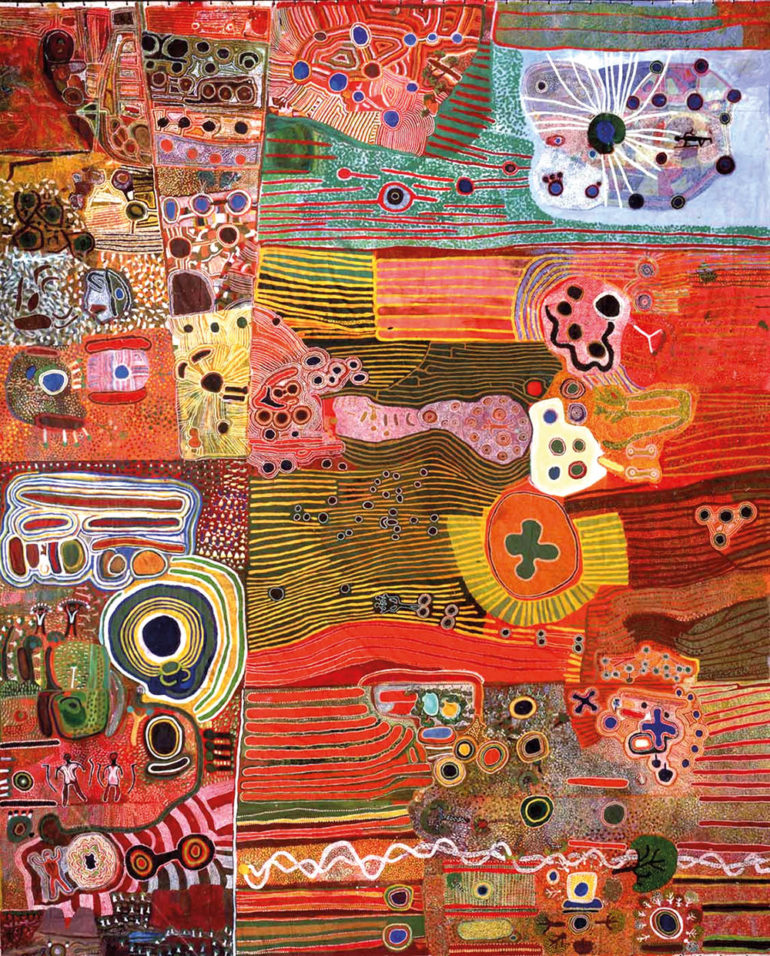 A spectacular Aboriginal painting, Ngurrara Canvas II, is being displayed for only the second time outside Australia as part of the inaugural Sharjah Architecture Triennial. This brightly coloured and highly detailed work, stretching 8 by 10 metres and created by 40 artists, is also politically charged, having been used by the Ngurrara people as evidence in a long, drawn-out legal battle with the Australian government over rights to their ancestral land. Signs and symbols depict a map of watering holes, campfires, routes across the land, and places of burial which are part of the Ngurrara people’s collective memory, which they felt couldn’t be described in words alone. Adrian Lahoud, curator of the Sharjah Architecture Triennial, describes it as being as politically important as Pablo Picasso’s Guernica, which depicts the Spanish civil war.

This visual representation of their rights was a crucial piece of evidence, and in 2007 the Ngurrara people were recognised as native title holders over a huge swathe of land in Western Australia. The age and fragility of the painting make its appearance in the UAE more noteworthy still. As is customary for the piece, the canvas is laid on the floor to underscore its role as representation of the territory it maps. —Helen Jones

Ngurrara Canvas II is on display in Gallery 5 of the Al Mureijah Art Spaces until February 8.