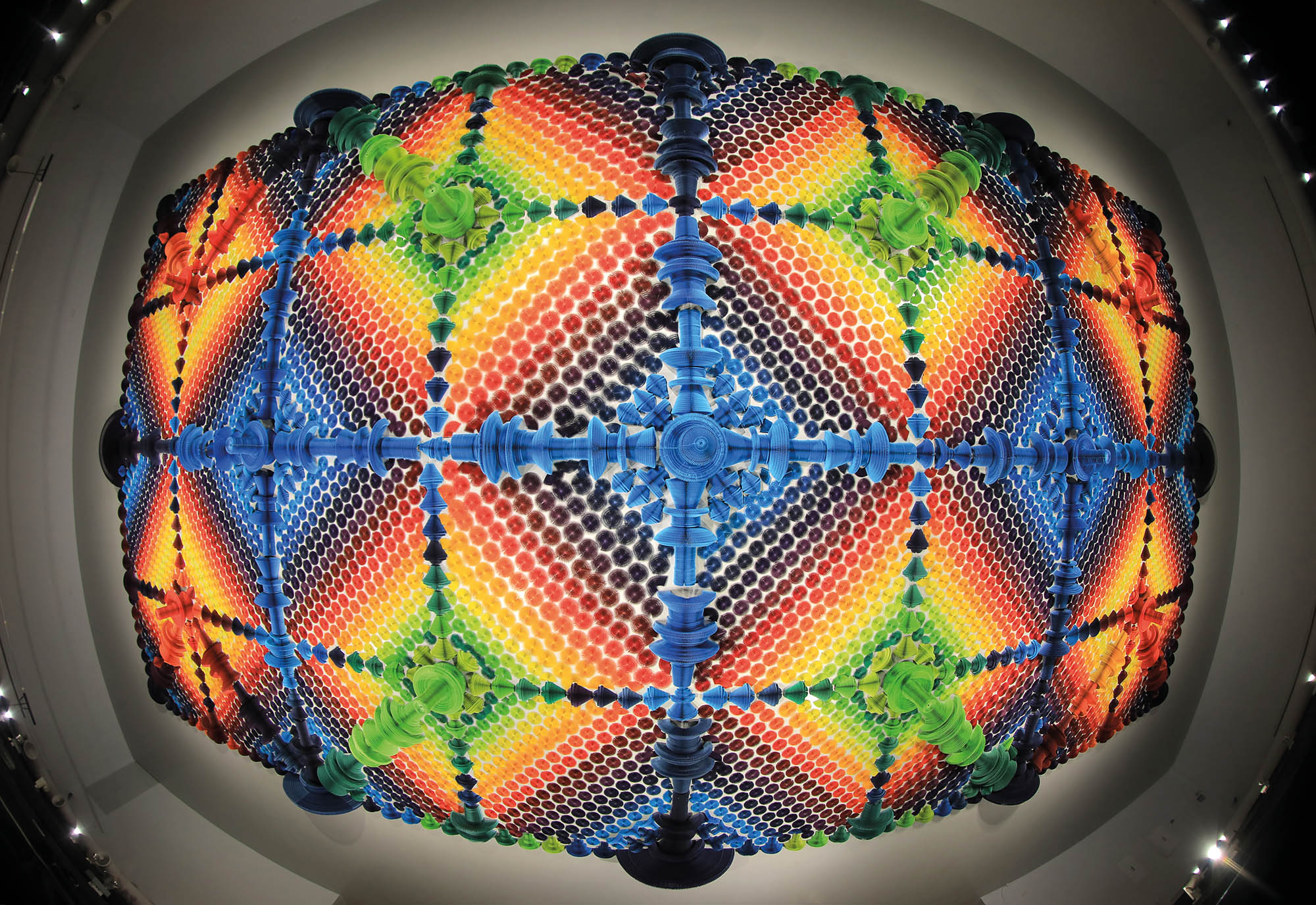 Suspended in an alcove of the Sharjah Art Museum is the multifaceted sculpture fashioned by Iranian artist Sahand Hesamiyan as a tribute to a complex architectural style known as rasmibandi. Rasmibandi is one of the distinctive patterns in traditional Islamic architecture and is mostly used on ceilings. It is based on dimensional symmetry but takes its original inspiration from peripheral circles. This artwork, titled Far Side, is an elongated capsule shape with enclosed ends. It is lit from one side and the other remains in darkness; it metaphorically represents the moon. Conceptually the piece explores the mystery of the dark side of the moon, which despite never being seen, somehow reflects its own untold story.

Hesamiyan is one of 55 artists exhibiting as part of the 22nd edition of the annual Sharjah Islamic Arts Festival. Held under the theme “Prospect”, the exhibition is being held at several venues including the Sharjah Art Museum, Al Majaz Amphitheatre and Maraya Art Centre. The title was chosen as a tool to prompt contemplation and asks artists to embark upon “a journey towards visual realms that exist beyond the limits of space.”

Other artists include Emirati Azza Al Qubaisi, whose floor-based installation uses natural palm material to create sculptural objects covered in a royal blue velvet material that makes them straddle the edge between design and art. The contrast between the materials and medium as well as the shapes of the design reveals an interest in the forms of the natural world as well as in the mathematics of Islamic geometry.

In Maraya Art Centre, Chinese artist Li Hongbo is making his regional debut with an enormous paper installation that reinterprets the shapes of military weapons. The exhibition, Bloom, pictured above, is created out of 35,000 individual sheets of paper and comprises 8,000 bullets, 2,000 pistols and 300 sets of AK-47s. From afar, the display resembles a floral landscape but the artist is interested in challenging his audience’s expectations. Inspired by the Chinese proverb ‘life is as fragile as paper’, Li’s attempt to show beauty within the darkness of the world’s conflicts is certainly worth contemplating. —Anna Seaman