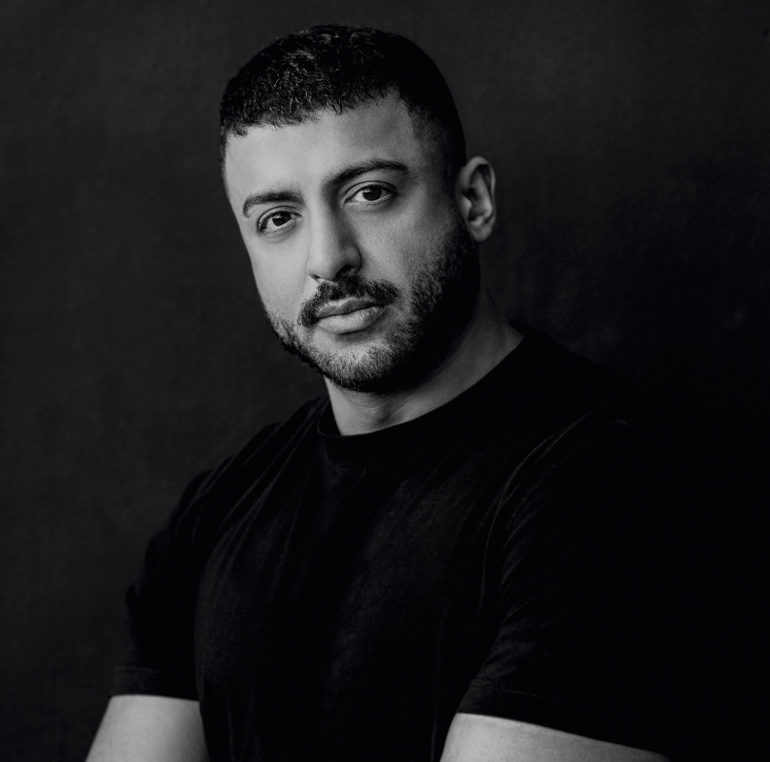 Sharjah and the fashion world are mourning the loss of the son of the emirate’s ruler, a talented designer who used the medium of clothing to express poetry, art and political concerns.

Khalid Al Qasimi was a talented fashion designer who integrated intellectualism, poetry and politics into his clothing label. He was a sheikh, but that was a label he downplayed, wanting to be recognised for his accomplishments.

“Khalid was always a bit shy about his position in Sharjah and didn’t want to rest on those laurels,” says Adam Rice, head of design at Qasimi, Al Qasimi’s fashion label. “He was driven to prove to himself that he could succeed without the privilege.”

Succeed he did, showing his collections in London and getting the brand carried in 50 stores in 15 countries. The Qasimi look is of an urban nomad. The clothes carry the palette of the desert—beiges and browns but also hints of green, the black of the desert night, while the silhouettes are minimalist and architectural like the city.

Al Qasimi also wove politics into the design. His Fall 2017 collection incorporated Arabic protest graffiti into garments with a military flair, such as field jackets and cargo trousers. “Dust to dust,” “there is a sky inside of me,” and “if we knew who was listening to us, we wouldn’t be writing on the walls” were among the messages he connected with and transmitted to the world in the form of the personal art that is fashion.

“He was an activist at heart,” Rice says. “He was interested in people. Their beliefs, their cultures, and their struggles were very close to his heart.”

For Spring/Summer 2020, Al Qasimi added a colour, “emergency orange,” at the last minute. “The orange is reminiscent of the lifeboats [carrying] migrants crossing the Mediterranean,” Rice explains. “This emergency orange is tied in with the DNA of the brand, looking at social-political messaging, in a subtle way.”

Although he had trained to design buildings, Al Qasimi found his calling in fashion. He launched his eponymous fashion label in 2008, showing both menswear and womenswear—worn by Lady Gaga and Florence Welch, among other A-listers. However, it was in menswear that he hit his stride.

In the light, romantic Spring/Summer 2020 collection, the urban nomad was in an uplifting moment, and so was Al Qasimi, Rice says. He describes how, the day after the SS20 show, Al Qasimi said, “You know that by this time I would have so many things I’m not happy with. This is the first season I’m really happy. I’m really proud.”

Just three weeks later, on July 1, Al Qasimi died in London at the age of 39. His final collection, Fall/Winter 2020, will show posthumously in London. His sister, Sheikha Hoor Al Qasimi, has taken over the brand as creative director.

“Khalid, my twin, was a creative genius from a very young age,” she said as she accepted an award from GQ Middle East on behalf of her brother. “He worked tirelessly to make the Qasimi label what it is today, and it’s my mission to continue his legacy.”