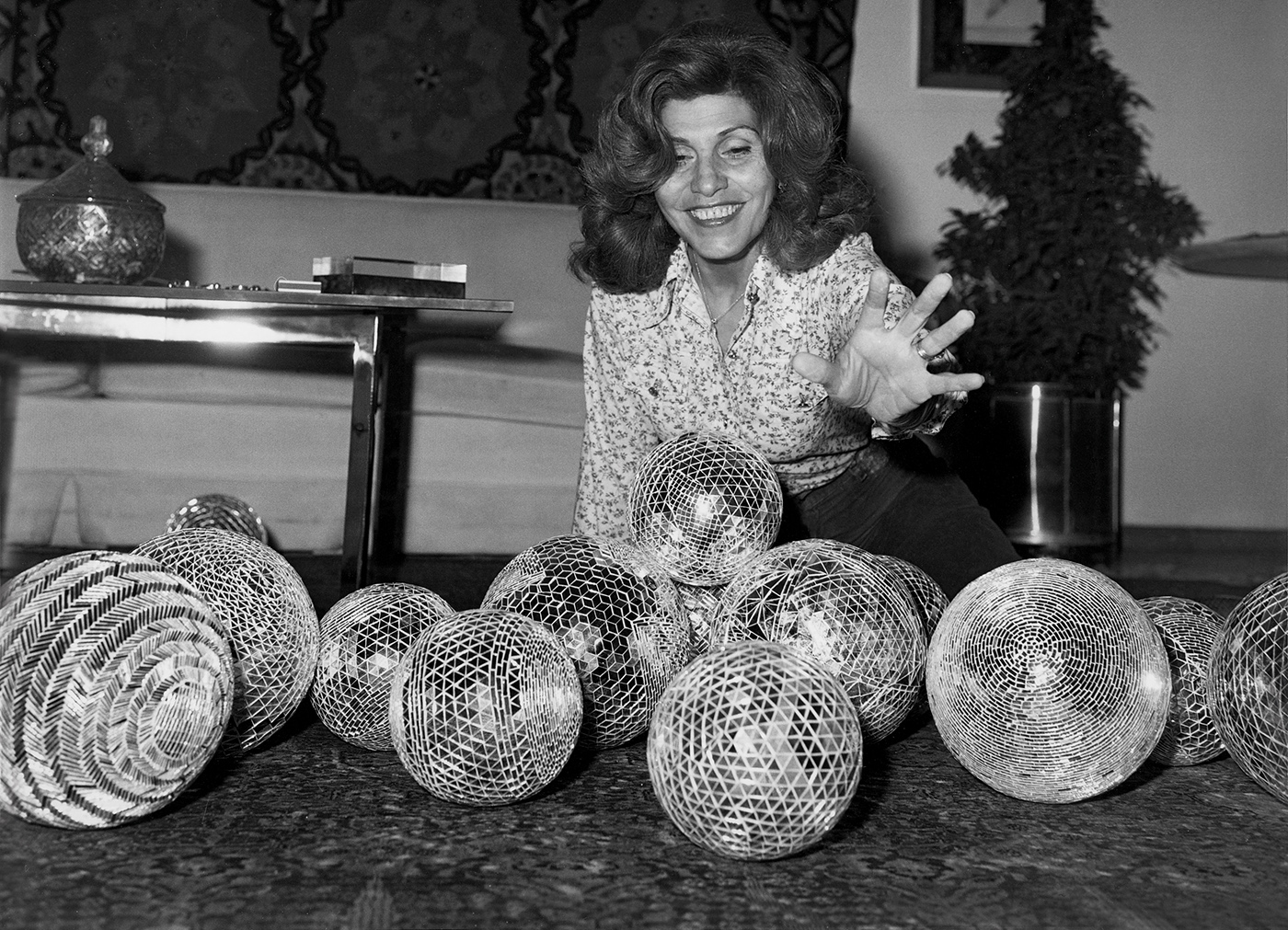 An Autumn of Art

Film, Photography and Sculpture at Sharjah Art Foundation this Fall

SPACE
In recent years
, the Sharjah Art Foundation’s programme has encompassed the most important names in the regional art world. The foundation’s multiple venues—in particular the sleek, white cubes of the Al Mureijah spaces—combined with its curating expertise, means the programme is consistently strong. It also seems to be planned with a prescient intuition that charts the region’s history as it unfolds. The impressive 2017/8 retrospective for Hassan Sharif, for example, was in the making long before he passed away in September 2016, and this November a survey show dedicated to Monir Shahroudy Farmanfarmaian will be staged as a well-timed tribute to the powerhouse artist who died in April.

Sunset, Sunrise, first appeared in Dublin’s Irish Museum of Modern Art in 2018. Co-curated by Sheikha Hoor Al Qasimi, president of Sharjah Art Foundation, the show features over 70 pieces including paintings, sculpture, tapestry, and collages, alongside jewellery, mirror mosaics, and drawings from her Iranian studio. The show poignantly charts the personal and professional journey of Farmanfarmaian who began her career in the 1940s when she moved to New York with her first husband. There she associated with influential artists such as Jackson Pollock, Mark Rothko, Frank Stella and Andy Warhol. She spent her life in both Tehran and New York, her interest in mirror mosaics and geometry became trademarks of her long and illustrious career. Many pieces in this exhibition sparkle and shine—much like this charismatic artist herself who will be fondly remembered by many in the UAE—and provide a dazzling experience for those just discovering her work.

Monir, a 2016 film by Bahman Kiarostami, an Iranian director, is also part of the exhibition and reveals biographical detail about Farmanfarmaian’s time in America as well as a pivotal moment when she first saw the Shah Cheragh, a mosque in Shiraz with a domed hall covered in hexagonal mirrors. She describes it in her memoir as a “universe unto itself,” full of fluid light and fractured solids. It was from then that Farmanfarmaian incorporated the ancient Persian tradition of aineh-kari (using shards of mirror to create mosaics) into her practice. While mesmerising, the mirrored works also have a spiritual, transcendental quality that combine a reverence for the holy places in which she saw them with an irreverence, captured in the playful nature of the works.

It is the dichotomy that characterised Farmanfarmaian’s life and work. As she lived between east and west her practice embodied both influences, as well as the ancient and the contemporary. The curatorial drive in this show underlines this. This exhibition is bookended by two mosaic works from 2015. The exhibition title pieces, Sunset and Sunrise, combine mirrors and sacred geometry and an innate movement caused by the reflections of light, which is a strand of thought that the artist pursued to the end of her career. Indeed, in her last solo show in September 2018 at her Dubai gallery, The Third Line, she exhibited a new collection of kinetic works, with which she was just beginning to experiment.

Also opening this autumn is a survey show of one of Egypt’s most prominent sculptors. Adam Henein is celebrated for his sculptural work in bronze, wood, clay, and granite, his style characterised by his use of simple lines. A nonagenarian (Henein turned 90 this year), his oeuvre spans the past century moving through abstract and representational paintings into sculpture and a full embrace of the modernist aesthetic. His subject matter includes symbology from ancient Egypt—pyramids, obelisks, Pharaohs and hieroglyphs—and contemporary icons, such as Egyptian singer Umm Kulthum. He also addresses universal themes such as motherhood, birds, boats, and prayer.

He has achieved legendary status in the region and has contributed greatly to the cultural history of Egypt. Between 1989 and 1998 he led the restoration of the Great Sphinx in Giza, drawing on his skills as a sculptor to determine how the monument was originally carved. In 1996 he established the International Sculpture Symposium in Aswan, and in 2014 the Adam Henein Museum in the grounds of his home in Cairo’s Haraniyya district.

With several of his works owned by the Barjeel Art Foundation, Henein’s work has been displayed in Sharjah before but never on the scale of a large retrospective. This exhibition will be staged in the Sharjah Art Museum. It is certainly the right time to pay homage to this visionary talent.

AKRAM ZAATARI  Against Photography.
An Annotated History of the Arab Image Foundation

Running almost concurrently to Henein’s exhibition will be the third iteration of Akram Zaatari: Against Photography. An Annotated History of the Arab Image Foundation. This show appeared at the Barcelona Museum of Contemporary Art from April to September 2017 and travelled to Dusseldorf’s Kunstsammlung Nordrhein-Westfalen after that. The exhibition asks what an image represents and how the seemingly simple act of capturing a photograph can wield power far beyond its frame.

Zaatari, from Lebanon, is one of the founders of the Arab Image Foundation which began in Beirut in 1997. It was established to preserve and share images from across the Middle East, North Africa and the Arab diaspora. However, this exhibition is not a historical account of the AIF, nor is it presented as a documentation of its activities over the past 20 years. Instead, it is an artistic exploration into the medium of photography as well as the role of an institution.

The exhibition includes Zaatari’s expansive work on photography within which he directs the viewer to the practice of collecting as well as interrogating the photograph itself, posing questions about the persuasive power of a framed image as well as historical accuracy and, of course, aesthetics. He probes what it means when a group of individual artists come together to form an institution and the balance of maintaining a neutral authority and at the same time one’s own artistic voice.

Another Lebanese artist, Marwan Rechmaoui, is on the roster this coming season. Rechmaoui, who takes inspiration from the geography and complex multicultural history of Beirut, is the 2019 winner of the bi-annual Bonnefanten Award for Contemporary Art (BACA). Rechmaoui’s solo exhibition, Slanted Squares, runs from May to September in the Bonnefantenmuseum in Maastricht, The Netherlands, and will open in Sharjah early in November.

The exhibition affords a glimpse of the range of Rechmaoui’s practice from the last two decades showing his preoccupation with the physical layers of urban experience as well as the political and social mapping that plays out in Beirut and affects the wider region as a whole. Rechmaoui’s influence on contemporary artists in the Arab region spans three decades and this exhibition is an acknowledgement of his artistic trajectory. His playful and intimate sculptural work offers an accessible reflection on history and its formation as well as documenting and deconstructing Beirut through the city’s habits and behaviours. The exhibition is curated by Zeynep Öz, the guest curator of this BACA, the presentation will underline Rechmaoui’s mastery of form, volume and materiality.

Originally a winner of Sharjah Art Foundation’s Production Programme grant—which gives US$200,000 (AED734,500) every two years to support the making of artworks—Pakistani visual artist Bani Abidi will present a solo exhibition in Sharjah in October. Abidi won the grant in 2011 and produced a video project, Death at a 30 Degree Angle. Shot on the outskirts of New Delhi, India, the 10-minute film is a fictional vignette shot in the atelier of Ram Sutar, an octogenarian sculptor who is renowned in India for monumental statues of politicians and national heroes. Investigating the notion of portraiture in sculpture in a world where statues of erstwhile leaders, rulers and heroes lie scattered in graveyards and public squares all over the world, the work was presented at dOCUMENTA (13) in Kassel, Germany. Since then Abidi appeared in the Guggenheim UBS MAP Global Art Initiative in a touring exhibition called No Country: Contemporary Art for South and Southeast Asia curated by June Yap. This will be her first solo exhibition in the UAE.

Also running this autumn in the SAF spaces is the second edition of Sharjapan, a three-year curatorial project with Japanese curator Yuko Hasegawa, as well as Focal Point, SAF’s annual art book fair, and the Air Arabia Curator in Residence programme.