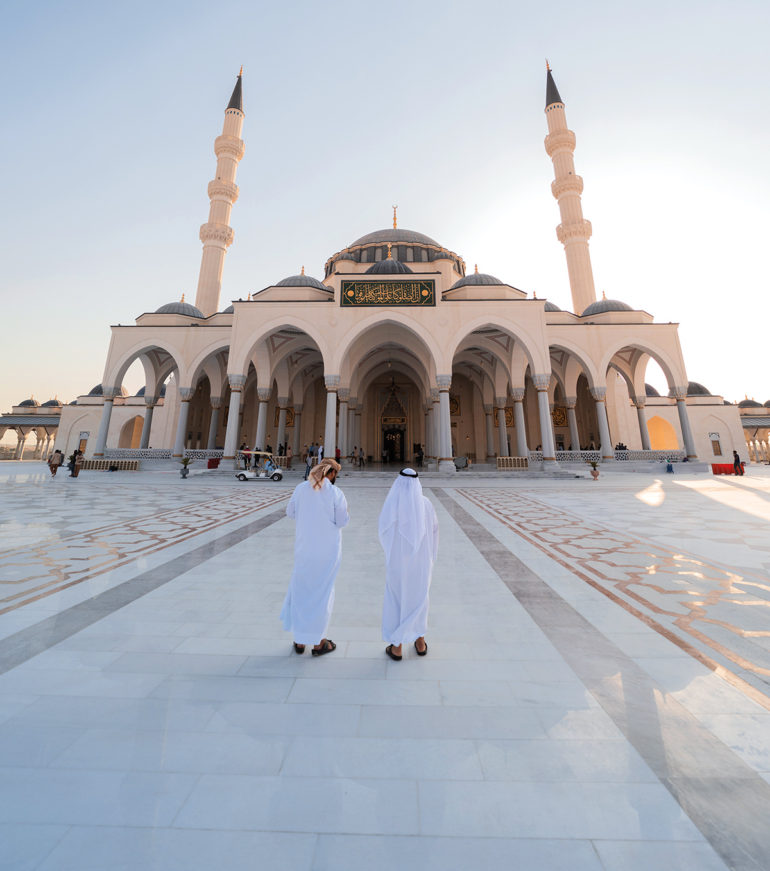 SOME FIVE YEARS IN CONSTRUCTION, the largest mosque in the emirate welcomed its first worshippers on May 11th. Sharjah Mosque was inaugurated by the emirate’s Ruler, His Highness Sheikh Dr. Sultan Bin Mohamed Al Qasimi. The AED300 million structure was commissioned in 2014, its striking Islamic architectural style sought to balance aesthetic appeal and ease of accessibility.

Surrounded by gardens and fountains, the site covers almost 186,000 square metres and can accommodate up to 25,000 worshippers, inside and outdoors. The elegant main prayer hall has arched stained-glass windows, walls decorated with verses from the Quran and a striking geometric chandelier at its centre. Outside, domes, minarets and columns pay homage to the Ottoman style.

The mosque is at the intersection of the Mleiha and Emirates Roads and will serve the areas of Tay, Seouh, Badea, Hawshi, and Juwaiza. The location is ideal too for those travelling to or from the Northern Emirates.The mosque has a museum, café  and gift shop and will include a library rich in Islamic works. —Peter Drennan