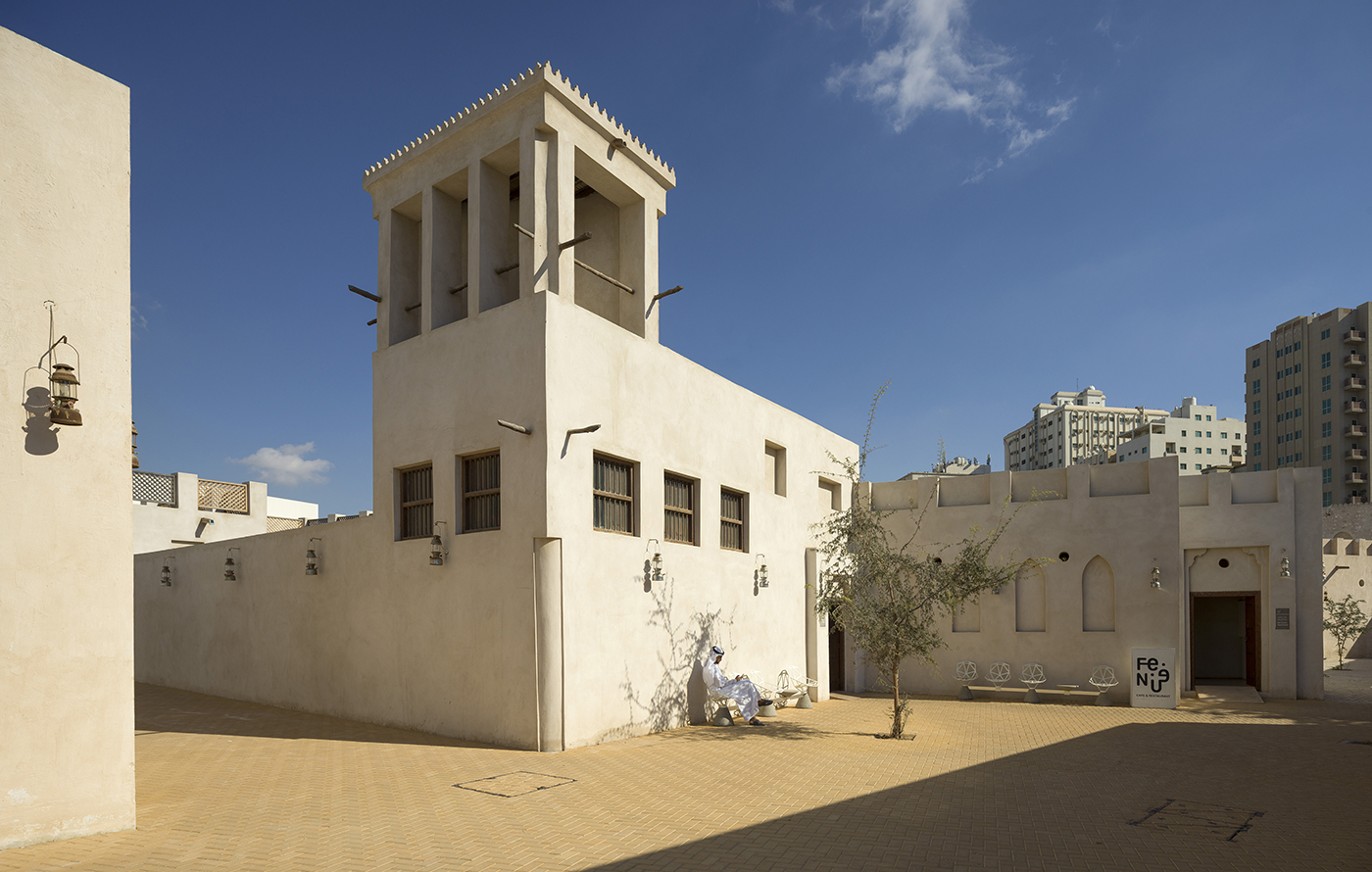 A Dialogue With the Past

Since the first Sharjah Biennial in 1993, demand for exhibition space in the culture-obsessed emirate has exploded. Sharjah Art Foundation, which organises the biennial, tapped architect Mona El Mousfy to design a new venue for contemporary art in the heart of Sharjah’s heritage district. Al Mureijah Art Spaces opened in 2013.

El Mousfy, founder of architecture studio SpaceContinuum, knows SAF intimately, having consulted on the biennials since 2005.

The land now occupied by the art spaces held heritage houses in disrepair, having last been inhabited in the 1970s. El Mousfy used only 65% of the site, preserving three buildings and leaving others as ruins. Traditional architecture was limited by the length of wooden beams, which didn’t exceed 3.5 metres. While respecting the footprints of the homes and the connecting alleyways that meander between them, El Mousfy opened up the interiors to provide the space that contemporary
art needs.

“We wanted to keep the layers of the past and consider this space a new layer,” El Mousfy says. “We view history as dynamic and didn’t want to imitate the old layer. We wanted to dialogue with the past.”

In other ways, the past is present. Traditionally, rooftops were social spaces, but with the advent of air conditioning units were routinely placed on the roof. El Mousfy chose a chilled-water system, with the main unit housed in a separate building, to cool the interiors and to “give back the rooftop and its importance as a social space,” she says.

Exterior walls, like the originals, are thick—niches could be carved out, creating spots for sitting. As in the past, when rooms could change function based on the family’s needs, Al Mureijah’s spaces also are flexible and multifunctional.

The tradition of courtyards also continues, as outdoor exhibition spaces. Two of the buildings are literally courtyards—one has a retractable canopy and the other a skylight. The fluid links between inside and out permits a variety of lighting, from bright to diffuse, which serve different kinds of art.

The modern buildings are easy neighbours with the timeless, clean lines of surrounding traditional architecture. “There’s a balance between how you transform the morphology and topology of urban spaces to more fluid spaces that support the social and spatial requirements around contemporary art,” she says.

El Mousfy’s efforts have won notice, earning a place on the shortlist for the Aga Khan Award for Architecture 2019. —Catherine Bolgar